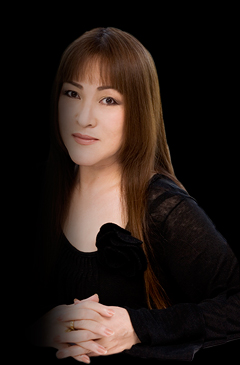 She attended “SONE AKEMI Ladies Beauty Academy” school in Tokyo in 1997.
She established and produced 5 brands as a “KIMONO” designer in Kyoto from 1981.
In 1989 she moved to New York and founded the clothing brand “AKEMI STUDIO”. She made her debut at New York collection in 1990. She exhibited a collection along with Donna Karan and Calvin Klein as the only Japanese designer during the first day of New York fashion week in 1992. She also held world-class collections at the Chamber of the House of Councillors of United Nations and Rockefeller Center. These activities established her position as a prominent leader in world fashion. Celebrities including Placido Domingo and Michael Jackson as well as super models such as Yasmin gave their support. She opened “N-Y-B-S” on Fifth Avenue in 1996, a school where students can learn total beauty in its entirety. More than 5,000 graduates from the school are active as beauty artists all over the world.

Following 25 successful years in New York, she returned to base her business in Japan in 2017. She is active as a total beauty creator in various areas.